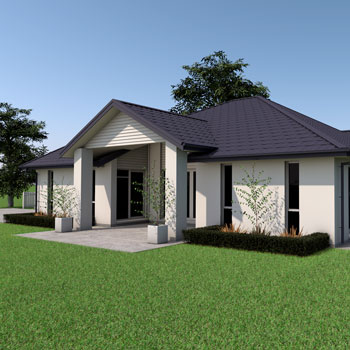 Venture Developments needed some better visual references for some of their plans to provide potential customers with a better idea of how the final build might look.

Using their floor plans we built up the houses and some basic landscaping and placed them on sites to give a better understanding of layout to their customers. With 80+ standard plans, there needed to be a balance between detail and timeframe, here is a small selection of a few of the renders.